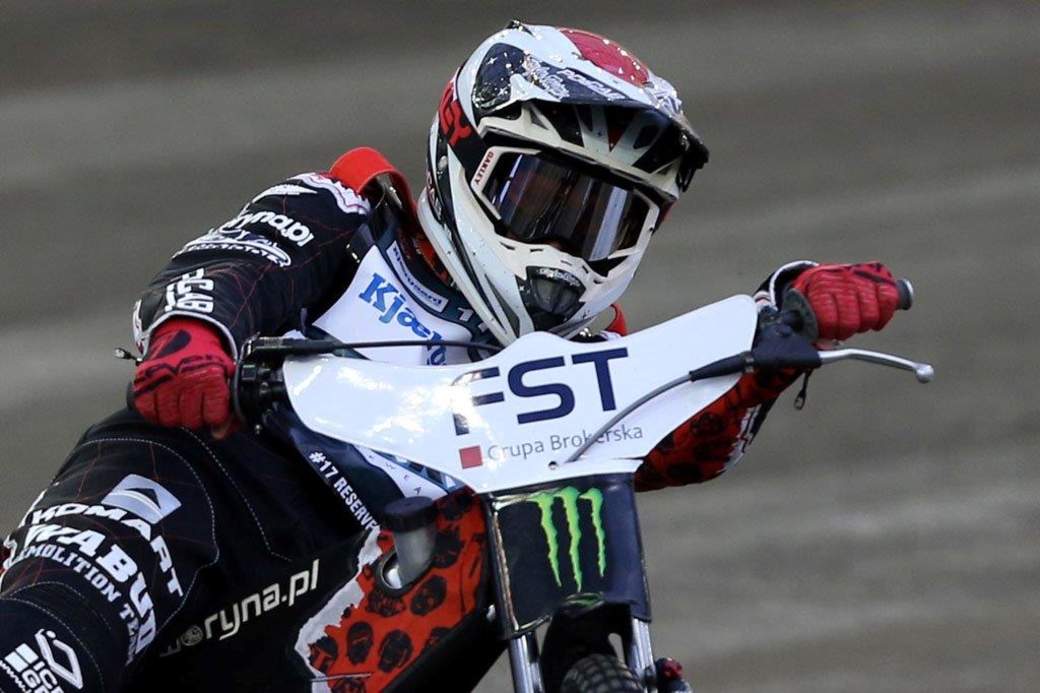 Polish racer Kacper Woryna bids to bring his red-hot form on to the FIM Speedway Grand Prix stage after being named as wild card for the season-closing For Nature Solutions FIM Speedway GP of Poland – Torun on October 1.

Woryna made his Speedway GP debut as a track reserve at the 2016 Torun event, replacing the injured Jason Doyle for three heats and scoring one point.

But he will be guaranteed at least five rides when he dons the No.16 wild-card race jacket at the iconic Marian Rose Motoarena next week for the biggest night of his career to date.

Woryna lines up for Polish side Czestochowa in the PGE Ekstraliga and has enjoyed a strong season, averaging an impressive 2.011 points per race – putting him 12th in the league’s average charts, ahead of six members of the full-time Speedway GP line-up.

As well as helping the Lions reach the bronze medal play-off, he has also played a key role as his Swedish side Smederna has qualified for next week’s Bauhaus Elitserien play-off final. Woryna has averaged 2.029 points per race in Sweden – putting him eighth in the average charts.

The 26-year-old will be determined to build on a fantastic league season on the Speedway GP stage, where he is joined by track reserves Krzysztof Lewandowski and Mateusz Affelt, who line up at No.17 and No.18 respectively.

Lewandowski will hope to do double duty in Torun that weekend, as he has also been handed the wild card for the Nice FIM SGP2 of Poland – Torun on Friday, September 30.

He wears the No.16 race jacket for the final round of the revamped FIM Speedway Under-21 World Championship series, where this year’s champion will be crowned. SGP2 features as part of Speedway GP weekends for the first time this season as part of Discovery Sports Events’ vision to develop the sport’s next generation of stars.

He is joined in the event by history-making German racer Celina Liebmann – the first female rider to appear in an FIM Speedway final series.

She impressed on a weather-affected Prague track to score three points at the Prague FIM SGP2 of Czech Republic on May 27 and is listed as first track reserve at No.17 for the Torun event. The line-up is completed by Affelt at No.18.