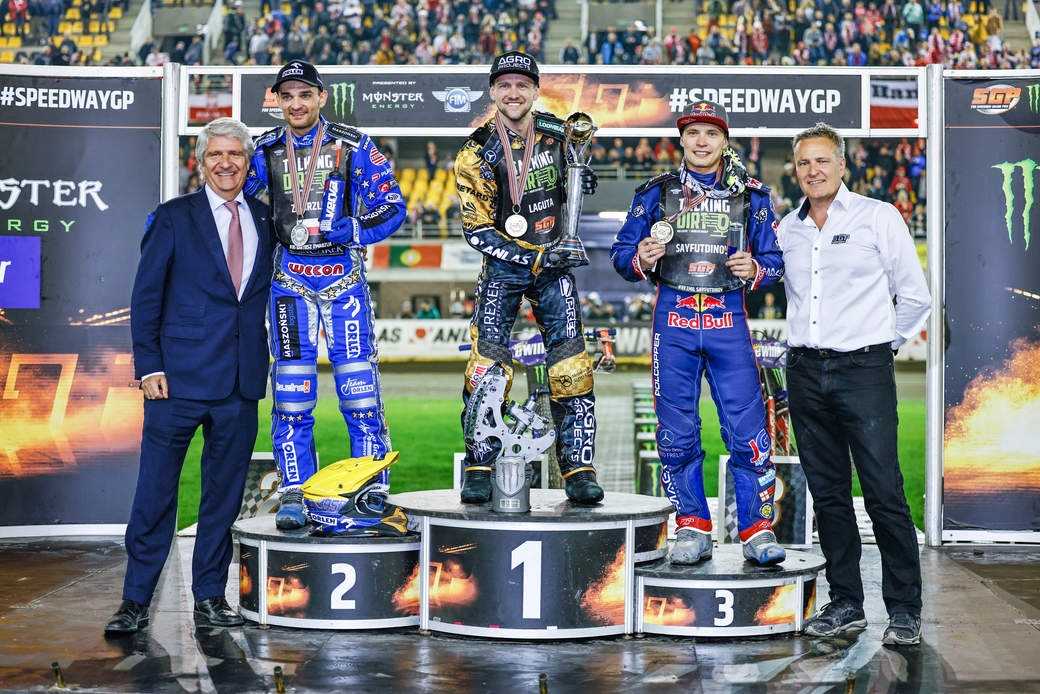 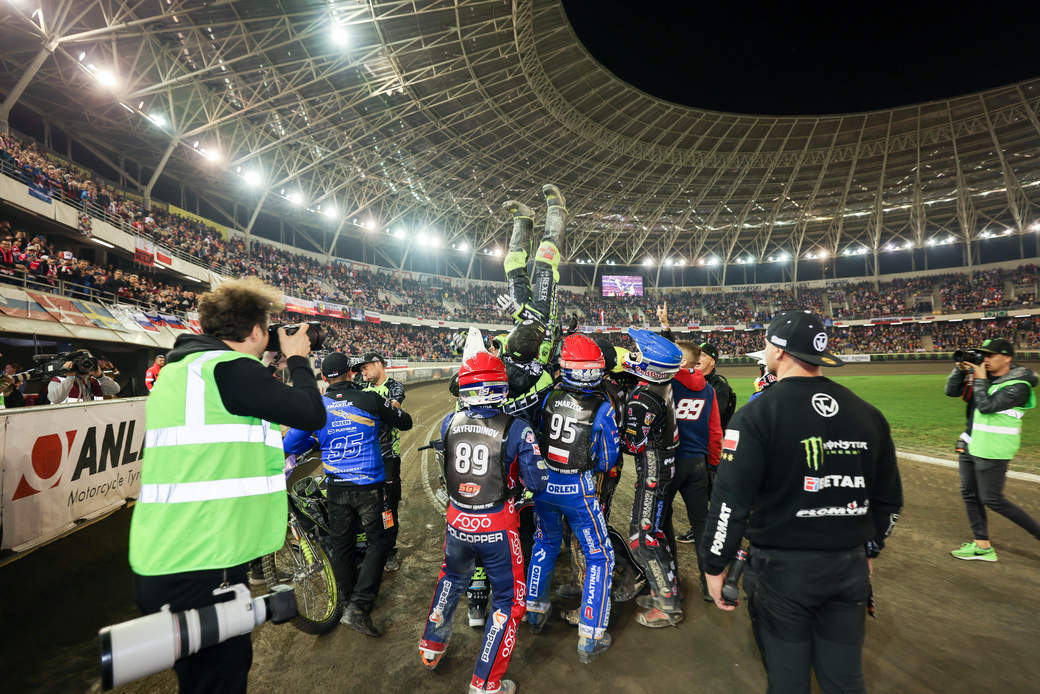 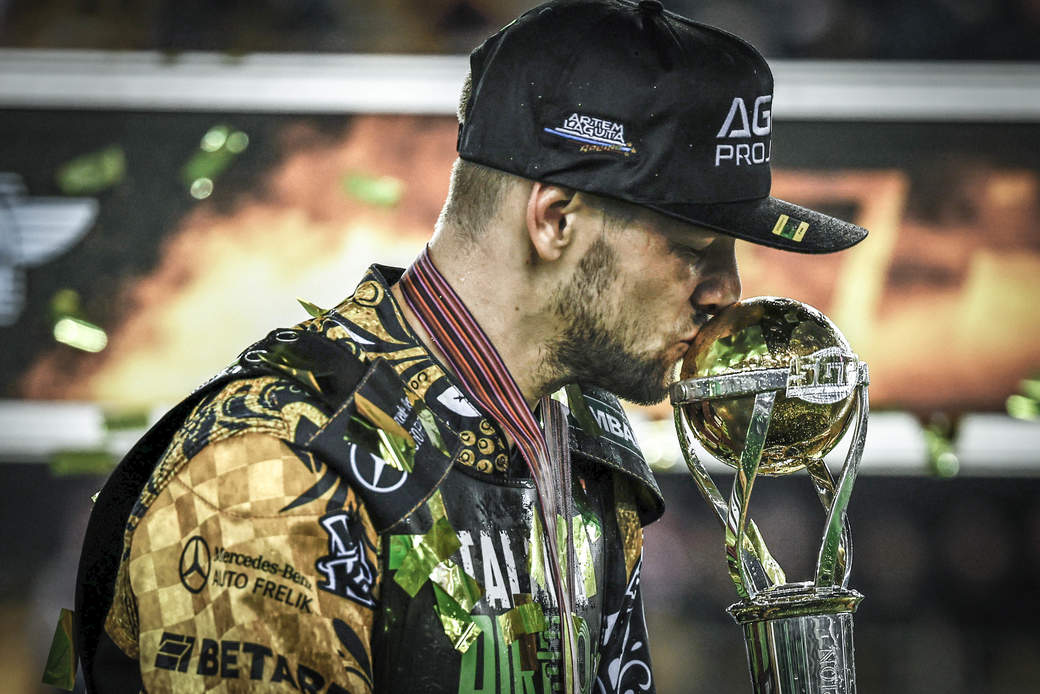 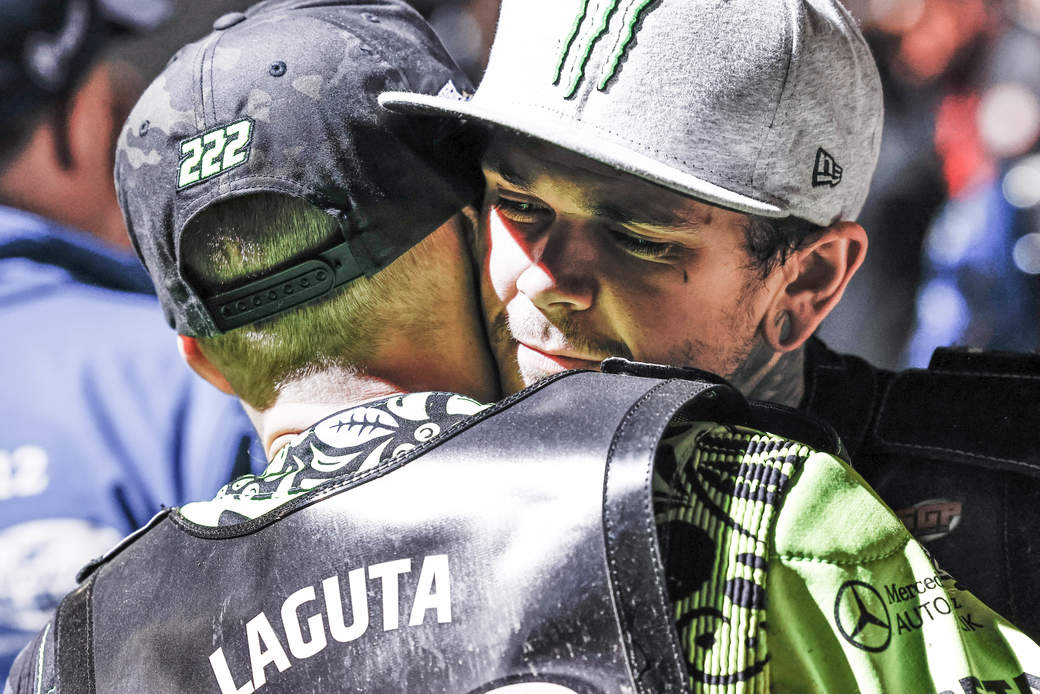 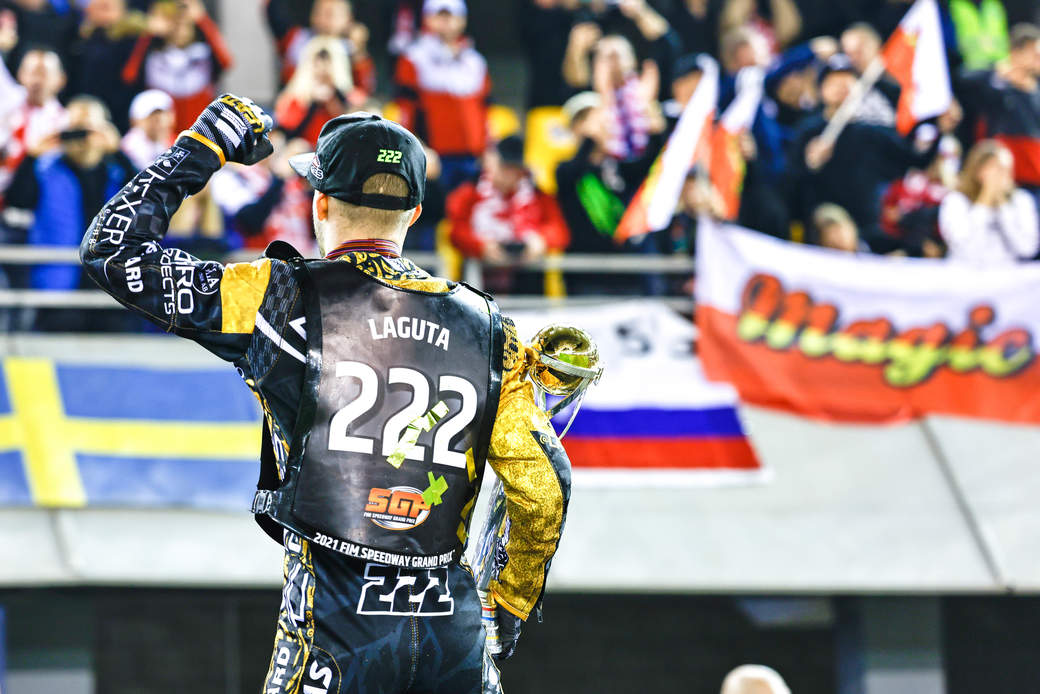 New FIM Speedway Grand Prix world champion Artem Laguta was delighted to defy a nightmare start to achieve his dream of lifting the sport’s biggest prize in Torun on Saturday.

Despite title rival Bartosz Zmarzlik topping the podium in eWinner Torun SGP of Poland round 11, Laguta’s fourth-place finish was enough to clinch him an historic gold medal.

He becomes the first world champion in the history of the Motorcycling Federation of Russia, as well as the first Asian-born world champion after starting life in Bolshoy Kamen – a port town near Vladivostok on the Sea of Japan coast.
To beat Bartek, you need to be strong. I know that for the next few seasons in front of us, Bartek is going to be strong. I put in a lot of effort to be stronger this year because I know Bartek is not going to give up in the future.

Laguta went into the night with a nine-point lead over Zmarzlik, but was in serious danger of missing out on the semi-finals after scoring just three race points in his opening three outings. But the Wroclaw and Vastervik ace reeled off three straight wins, culminating in his victory ahead of Zmarzlik in semi-final one to clinch the SGP trophy.

Laguta was elated to overcome such a tough start and deliver the finest of champagne finishes. Speaking in English, he enthused: “It’s hard to explain how I feel of course. I am proud to be the first world champion from my country.

“Today is a very good day for me. It’s very nice and I am very happy. For the first three heats, the bike had a problem at the start with speed.

“My fourth heat was from gate four and I knew if I didn’t win, there was no semi-final for me. I knew this and had ‘only win, only win’ in my head.

“In the semi, it was Bartosz on gate one and I was on gate three. I knew I needed a good start and I made it.”

Zmarzlik becomes the first rider in SGP history to win five rounds in a single season and not become world champion after an astonishing title race, which has seen the pair win 10 of the 11 rounds staged between them.

Laguta was determined to take full advantage of his opportunity to lift the trophy as he expects Zmarzlik to stay at his best in the coming years.

There’s no doubt a partisan Polish crowd was willing Zmarzlik to triumph, with some fans whistling Laguta as he came to the tapes. But the atmosphere only inspired the Bydgoszcz-based racer.

He said: “They booed me loud enough to help me! It’s normal that they support the home riders. There’s no problem with that. In my country, it can be the other way around.”

Zmarzlik may have fallen just three points short of becoming the first rider in SGP history to win three straight world titles. But he was rightly proud of his role in an unforgettable championship race.

He said: “I think it was a great season for me. I am very happy because I won five times and this is a really good result. The silver medal is also nice.

“Only me and Artem have won the last 10 rounds – five for Artem and five for me. It’s so nice. It’s a good feeling.

“Now I am waiting for next season, but I am happy I raced in the final again and also got the win.”

Emil Sayfutdinov joined his compatriot Laguta on the podium after taking the third bronze medal of his career.

The Leszno and Rospiggarna rider admits he’s pleased with a podium finish after a season of mechanical challenges as he dramatically improved on his eighth place in 2020.

He said: “I am just really happy about that bronze medal because I think we did a great job as a team. Everyone achieved this medal after the problems we had with the bike setup.

“Of course our goal was different, but we concentrated and fought for that medal. Compared to what I scored in the Grand Prix last season, it is completely different for sure.

“The end is more important than the beginning, though, and we made more history. We will try to be ready for next year.  We just need to think about a few things and for sure there will be some testing. Hopefully it will be good.”

As well as winning the world title, Laguta heads the list of qualifiers for SGP 2022. He is joined by Zmarzlik, Sayfutdinov, Maciej Janowski, Fredrik Lindgren and Tai Woffinden in earning automatic qualification.

While the SGP 2021 series is now over, the World Championship action continues with the Monster Energy FIM Speedway of Nations Final in Manchester on October 16 and 17.