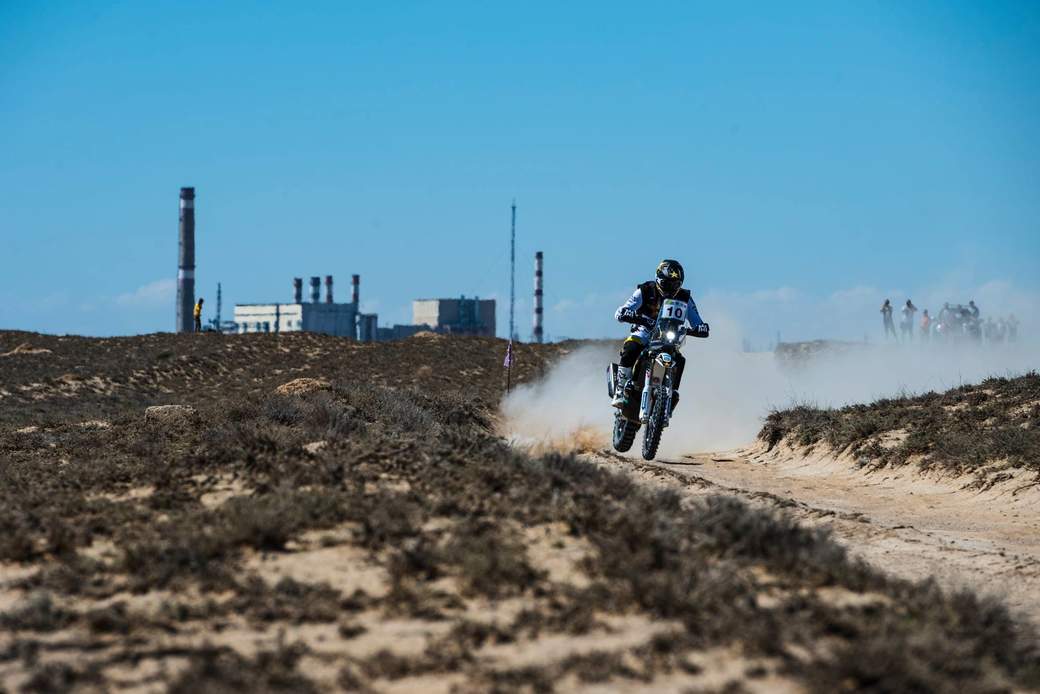 After a year without FIM rallies, the honour of kick-starting the 2021 season falls to Kazakhstan, which is organising a round of the FIM Cross-Country Rallies World Championship for the first time.

After various changes within the leading teams and the complicated situation caused by the Covid-19 pandemic, riders are relishing the opportunity to return to a racing environment and discovering a new desert region.

Sam Sunderland (KTM), the 2019 FIM Cross-Country Rallies World Champion, will take the number one spot in Kazakhstan. He will be joined in Team KTM by Matthias Walkner after the team’s new recruit Kevin Benavides – who signed for the Mattighofen team from Honda – was forced to withdraw through injury.

With Pablo Quintanilla now integrated into Team Honda, Husqvarna is fielding Luciano Benavides and a newcomer to the discipline, American rider Skyler Howes.

The Hero team is also in the game and has entered three bikes for Argentina’s Franco Caimi (formerly at Yamaha), Sebastien Bühler and Joachim Rodrigues.

Honda is largely absent from the first round of the FIM Cross-Country Rally World Championship, but the Yamaha team will be present in Kazakhstan with Adrien van Beveren, Ross Branch and Andrew Short.

In the quad category, Rally Kazakhstan offers Rafal Sonik an opportunity to make a comeback on his Yamaha, like Russian rival Alexandr Maksimov. South America will be represented by the Guatamalan quad rider Rodolfo Guilloli and Argentina’s Manuel
In total, 14 motorcycles and 4 quads will take the start. They will pass the administration checks at the Caspian Riviera Grand Palace from 06.00hrs on June 8, followed by scrutineering checks.

At 16.00hrs, there will be a short warm-up in the name of a super special stage to determine the starting order for SS1 the following day. Riders will tackle a total of 1,500km of selective sections with a Marathon stage at the Kenderly resort, located on the Caspian Sea, 230km south of Aktau.

June 10/11 Stages two and three with Marathon and Parc Fermé at Kenderly Resort.