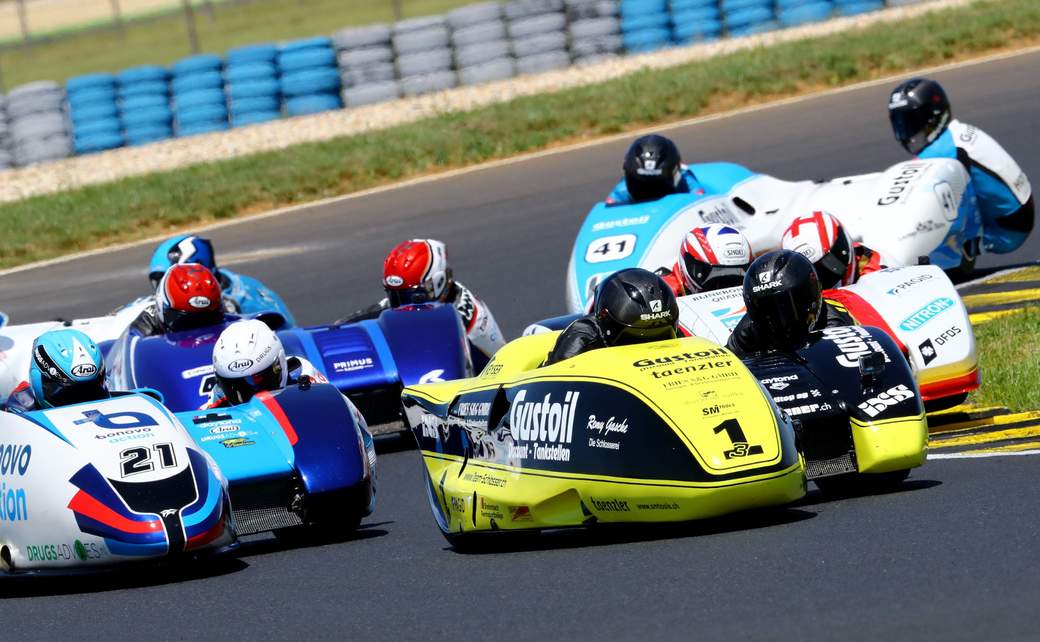 Last weekend at the Pannonia Ring saw some of the closest racing in the “FIM Sidecar World Championship” for a long time.

Todd Ellis and Emmanuelle Clement extended their lead in the championship to 185 points; the team had a good weekend in Hungary with a race win and a second place, they set off from there for some chill out time before the next round in Croatia.  Most teams will be doing that, heading down to the Adriatic coast, time to relax and get ready for the next round which will be at the “Automotodrome Grobnik”.  The circuit length is 4,168 km long, and in the past has seen some memorable races, the circuit is renowned for being hard on man and machine due to the intense heat that can be there, but also when it rains it can be very wet.

Second in the championship with 162 points is Markus Schlosser and Marcel Fries, they will come to Croatia hoping to claw back some points on Ellis and Clement, they had a good weekend in Hungary with a second place and a third, but the team were hoping for better.
Third in the championship with 105 points is Stephen Kershaw and Ryan Charlwood.  They hoped that they could get on the podium like they did at “Spa-Fracorchamps”, they were close to doing this but two fourth places in Hungary was good for the team.

At the Pannonia Ring, Bennie Streuer and Kevin Kolsch, upset the top runners in the championship by taking a third place, and a great win in the second race, with this they jumped up to fourth in the championship with 91 points, they will be hoping to keep this success going at “Grobnik”

At the “Pannonia Ring” you could not separate these four teams, they were so evenly matched, we will see if it will be the same at “Grobnik”.

Another two teams in the championship who seem to be battling together at each event is Lukas Wyssen and Thomas Hofer, they have 80 points over the sixth place team of Ted and Vincent Peugeot who have 69 points.  They have been inseparable throughout the championship so far.  There is another team however who has come to join in the party with these two teams and could upset the applecart, this is Harry Payne and Mark Wilkes they missed out on a couple of races, and have had some bad luck mechanically but when they have things all in place they have the potential to be running up front with the top four, they are currently in tenth place with 40 points.

Another two teams who seem to be inseparable each time they race is Kevin Cable and Charlie Richardson, they are sitting eighth in the championship with 49 points, the other is Claude Vinet and Sebastien Arifon, they have 41 points in ninth place, these two teams have had great battles, swapping places in races, seeing who will come out on top.

There will be a wild card entry for this meeting, Sam and Tom Christie, they have competed in previous world rounds in the past, and they have been having success at their domestic British Championship, they are currently sitting third in this championship, could they upset the results for the other teams, we will see!