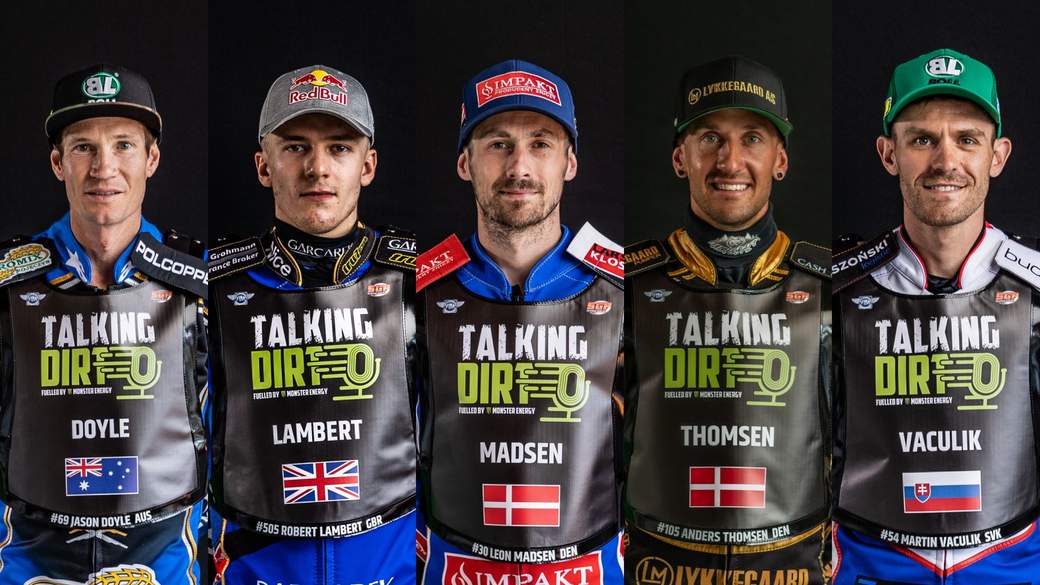 Denmark’s Mikkel Michelsen completes the field after booking his place by winning his second Speedway European Championship title in July.

Each SGP round will also feature one wild card nominated by the host nation, as well as two track reserves.

The five permanent wild cards received nominations from the SGP Commission – featuring representatives from the FIM and, for the first time, Discovery Sports Events, who take over as SGP rights holders from 2022.

Doyle, who famously won the 2017 world title in front of his home fans in Melbourne, Australia, made his SGP debut in 2015 and has never previously needed a wild card, having always qualified for the following season’s series automatically.

He finished ninth in SGP 2021, but has still enjoyed strong club campaigns for Polish side Leszno and Bauhaus Elitserien play-off finalists Dackarna in Sweden.

Madsen took seventh place in this season’s standings, reaching finals at Polish rounds in Wroclaw and Torun. But his progress has been hampered by knee-ligament damage suffered at a Speedway European Championship round in Bydgoszcz, Poland in June.

But he burst into form over this year’s final three rounds, reaching the semi-finals at the Danish SGP sponsored by Ecco in Vojens on September 11 and on both nights of the eWinner Torun SGP of Poland double-header last weekend.

Two-time Danish champion Thomsen, who retained his national title at Vojens in June, was handed a wild card for SGP 2021 and took 11th place in his first full World Championship season. He gets another opportunity for 2022 as he bids to build on reaching his first SGP final, which saw him storm to third spot in Togliatti on August 28.

Slovak star Vaculik completes the list of wild cards. He was 12th this year after crashing out of Orlen Lublin SGP of Poland round six on August 7, sustaining a broken collarbone and shoulder blade, which forced him out of the Swedish SGP in Malilla and the Togliatti SGP.

The list of substitute riders will be confirmed in due course.

Visit www.fimspeedway.com for more news on Discovery Sports Events’ vision for the future of the FIM Speedway World Championships from 2022.