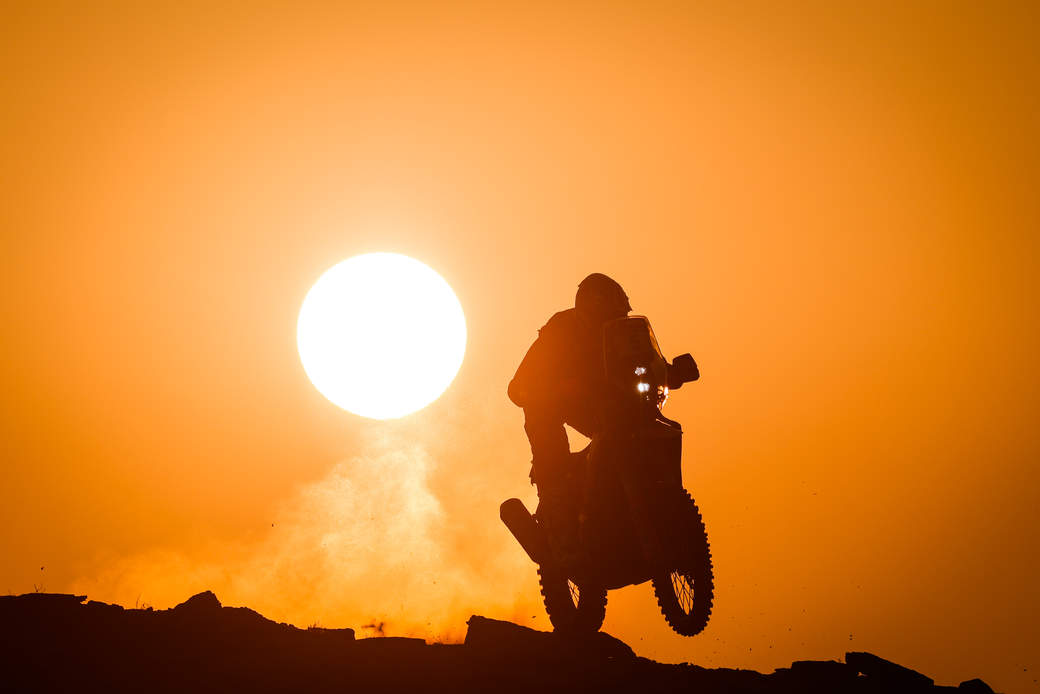 Sam Sunderland, the first leader of the WR2C © ASO Gooden

The Dakar, the opening round of the W2RC, has come to an end after 12 stages in which the drivers, riders and crews fought to get their hands on the famous Bedouin trophy, as well as earning the first points towards a ranking that will continue to take shape in the Abu Dhabi Desert Challenge in March, followed by the Kazakhstan Rally in April, the Andalucía Rally in June and, finally, the Rallye du Maroc in October.

Sunderland leads the Championship with 38 points, ahead of Quintanilla with 30 and the reigning world champion, Walkner, with 24. Adrien Van Beveren, runner-up to Walkner in 2021 and fourth in the Dakar, picked up 20. The competition is still wide open after the first round of the 2022 season. Kevin Benavides is dead last, with a single point to his name, after his engine gave up the ghost in stage 10 of the Dakar.

Honda can find solace in the constructor ranking after letting the Dakar title slip away. It now tops the leader board after placing its four motorbikes in the top 10. The Japanese maker has accumulated 47 points, while GasGas got 38 exclusively from Sunderland's performance. KTM is nipping at their heels with 36, while Sherco is fourth with 14, one length ahead of Hero with 13 and Husqvarna with 9.

In the Rally2 competition, Mason Klein holds the pole position in the battle for the World Cup with 38 points to Camille Chapelière's 30. Bradley Cox spent many days in second place, but a crash sent him plummeting down the standings. Alfie's son is fifth with 17 points. Another Frenchman, Romain Dumontier, is third with 24 points, while Jan Brabec is fourth with 20.

In the fight for the Junior title, Mason Klein (38 points) will come up against Bradley Cox (30 points) and Konrad Dąbrowski (24 points). Jean-Loup Lepan (20 points), Mike Wiedemann (17 points) and Leonardo Tonelli (15 points) are also favourites, bringing the number of promising young riders up to six.

Next up in the W2RC, the Abu Dhabi Desert Challenge, scheduled for 5 to 10 March.