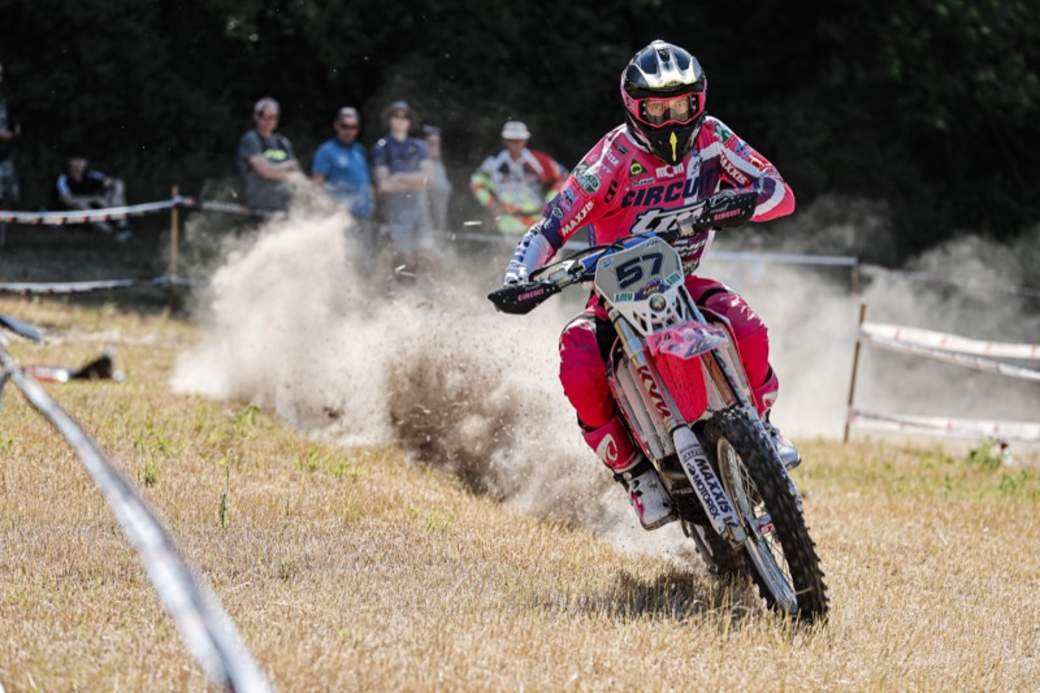 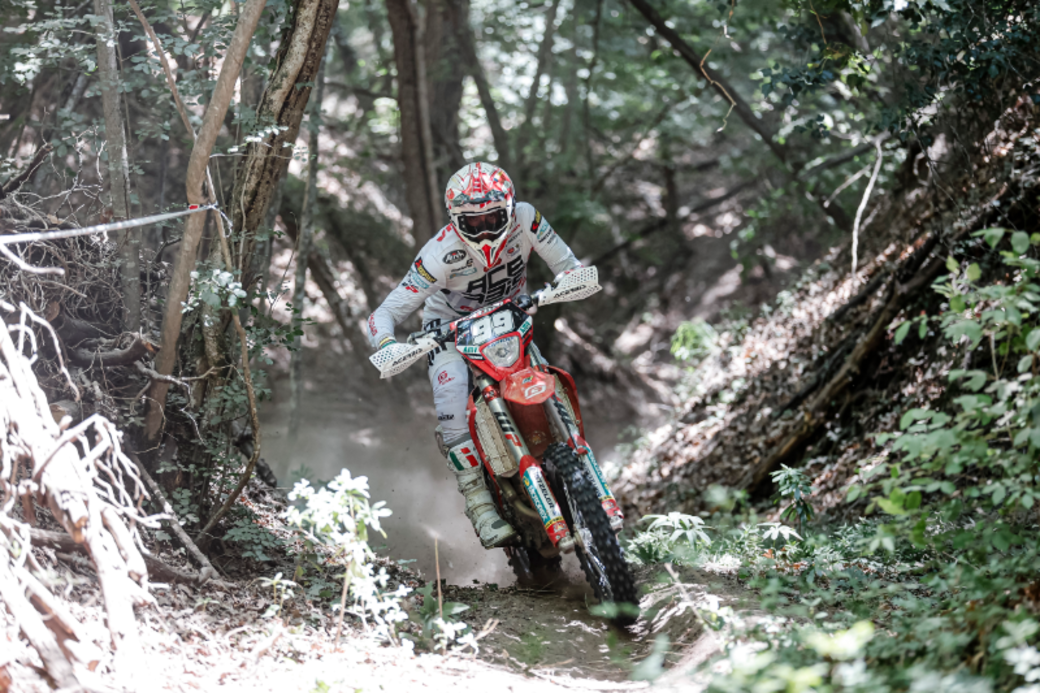 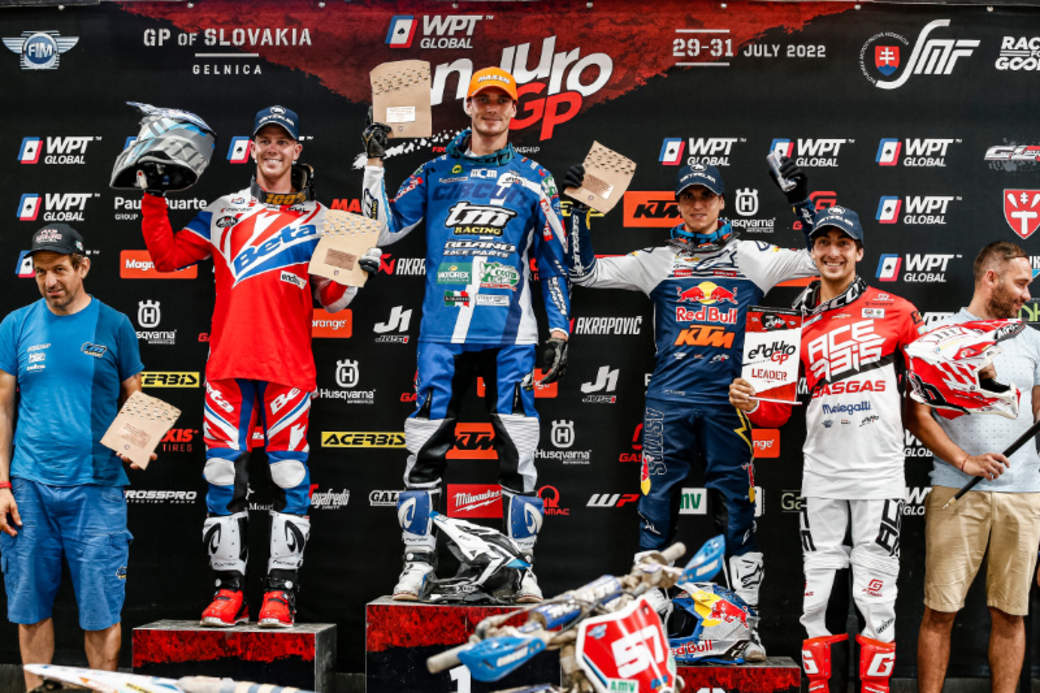 The WPTGlobal FIM EnduroGP World Championship sets up camp in Zalaegerszeg, Hungary for round six this weekend, where the battle to become this year’s EnduroGP World Champion is set to rage on. With the GP of Hungary following hot on the heels of last weekend's mud race in Slovakia, the penultimate round of the 2022 series is set to establish itself as a real ‘make or break’ moment in the all-important title fight.

At the head of the EnduroGP standings, GASGAS Factory Racing’s Andrea Verona leads the way. But his sizeable advantage entering Slovakia was reduced to just an 11-point lead. Things are a little clearer in Enduro Junior where Team Sherco CH Racing’s Zach Pichon holds a healthy advantage over his classmates, but the Frenchman hasn’t won the last three days of competition, since dominating the first half of the season. Fantic’s Harry Edmondson heads the charge in Enduro Youth.

Heading deep into the business end of this year’s title fights, Zalaegerszeg in the west of Hungary will play host to the penultimate stop in this year’s WPTGlobal FIM EnduroGP World Championship. All classes are yet to be decided and while we could witness the first of our 2022 FIM Enduro World Champions crowned this weekend, it’s highly likely that the EnduroGP category will go down to the wire at the final round in Germany.

Verona leads EnduroGP but Ruprecht smells blood
Last weekend's epic event in Slovakia delivered a shake-up in the EnduroGP standings. Andrea Verona entered round five with a pretty healthy lead but one ‘off-day’ from the Italian, together with strong performances from highly motivated Australian Wil Ruprecht, means Verona is now under pressure in Hungary to deliver a win. Only 11 points separate Verona from a chasing Ruprecht and the TM Racing rider smells blood.

Against the odds, the Aussie showed in Slovakia that he’s far from done in this year’s title chase by racing his way back into contention with a double win. The heavy mud and lingering rain were far from ‘Australian-like’ conditions, but Ruprecht proved he’s determined to win whatever the weather brings. Verona will need to be on his A-game in Zalaegerszeg and can settle for nothing less than the top step of the podium.

Behind the top two, Honda RedMoto World Enduro’s Nathan Watson holds third overall, but a disappointing outing in Gelnica has seen him drop into the clutches of the next two riders. He holds an eight-point lead over Red Bull KTM Factory Racing’s Josep Garcia in fourth and a further nine points over his teammate Thomas Oldrati (Honda) in fifth. Garcia returned from injury to bag a podium in Slovakia and will be aiming for more this weekend. Despite not yet making it into the top three on a race day, Oldrati has been super consistent and lies fifth.

Adding fuel to the fire, the Beta Factory Racing pairing of Steve Holcombe and Brad Freeman should prove danger men to the title contenders. Both are back up to full speed following injuries and are hungry, no pun intended, to win in 2022. Holcombe got close on Sunday in Slovakia, finishing just four tenths of a second behind Ruprecht. The seven-time world champion will mean business in Zalaegerszeg.

Verona, Ruprecht, and Freeman lead Enduro1, Enduro2, and Enduro3
In Enduro1 Verona comfortably leads the way with a 28-point lead over Oldrati in second. However, his hopes of a perfect season ended on Sunday with Oldrati coming through to win. TM Racing’s Matteo Cavallo lies third overall.

Ruprecht leads the Enduro2 category with a 22-point advantage over Watson in second. It will be tough for him to wrap things up this weekend, but with the Australian also chasing overall EnduroGP honours he will certainly try to add to his win tally. Garcia and Holcombe sit third and fourth respectively and will no doubt have winning intentions of their own.

After a shaky start to his season, Freeman appears to have got the defence of his Enduro3 crown back on track by winning the last four races. That’s seen him open up an 11-point advantage over Husqvarna Factory Racing’s Mikael Persson in second, with TM Racing’s Matteo Pavoni a further 16 points behind in third.

Pichon looks to claim Enduro Junior crown in Hungary
In Enduro Junior Zach Pichon tops the standings by 37 points, meaning we could see him secure his first world title this weekend. However, after winning the first seven days of competition convincingly, he’s yet to win any of the last three. Sitting second overall Roni Kytonen (Honda) has beaten him twice, with Max Ahlin (Beta) taking the other win. Pichon will need a return to winning form in Hungary to ensure a real chance of wrapping things up with one round to spare.

Akrapovic super test series still undecided
The GP of Hungary gets underway on Friday with the all-action AKRAPOVIC Super Test. In the fight for Super Test honours, Verona heads the overall classification by 17 points. Freeman and Oldrati are currently both tied for second place and will need to put some time into Verona on Friday evening in order to take the fight to the final round.

Round six of the WPTGlobal FIM EnduroGP World Championship takes place in Zalaegerszeg, Hungary on August 5-7.

Stay tuned to www.endurogp.com throughout the weekend for championship updates and live results.