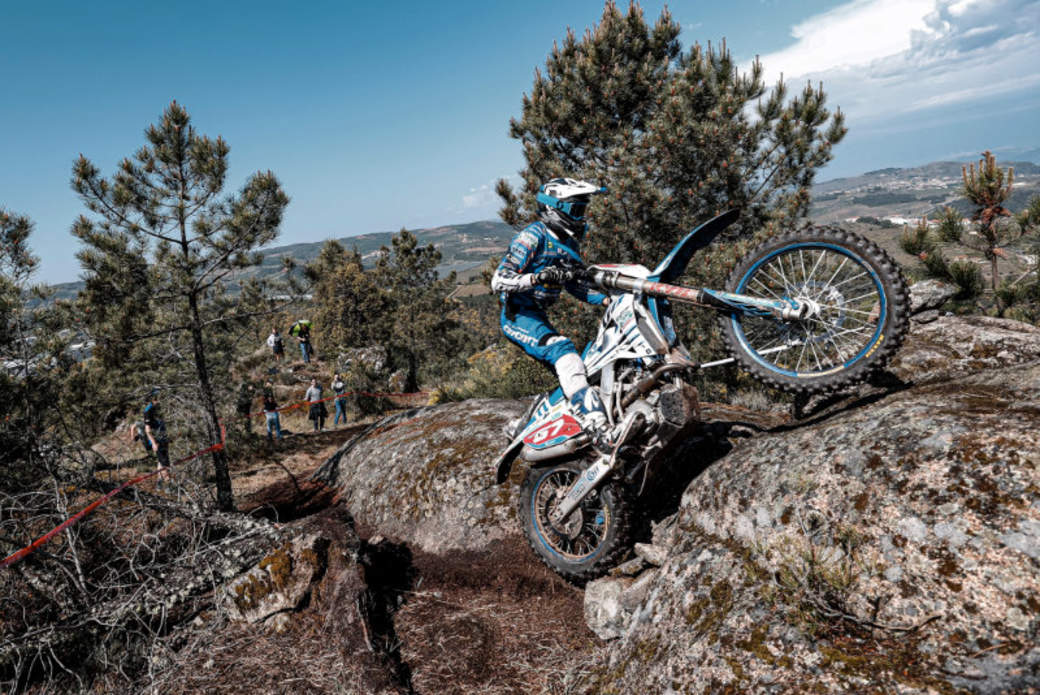 Well-rested and ready to go, the WPTGlobal FIM EnduroGP World Championship gets back to business this coming weekend with the highly anticipated GP of Italy visiting the picturesque countryside surrounding Carpineti. With the organising Moto Club Crostolo ASD pulling out all the stops to ensure a thrilling third round of the series, all of the EnduroGP class front-runners are primed and ready to race.

Verona looking for a home win
Make no mistake about it, competition is super-close at the top of the EnduroGP World Championship this season. For TM’s Wil Ruprecht, the GP of Italy gives the Australian another opportunity to make his mark on the series. Claiming his first double EnduroGP victory last time out in Portugal, if there’s one rider on form right now, it’s Ruprecht!

With one day win to his credit so far in 2022, Josep Garcia (KTM) sits level with his Australian classmate at the top of the EnduroGP standings. Unlikely to want to finish anywhere but on the top step of the podium, Garcia will unquestionably attack the Italian special tests in his familiar, super-aggressive way.

But arguably the rider that will want to win the GP of Italy more than any other is Andrea Verona (GASGAS). Winner of day one of the series at the ACERBIS GP of Spain, racing on home soil Verona knows that he has both the speed and want to win this weekend.

Holcombe back in action, Oldrati gunning for the EnduroGP podium
Although out of the EnduroGP championship chase following his day-one get-off at round one, Steve Holcombe (Beta) returns to action in Carpineti, together with his team-mate Brad Freeman who battled his way through the GP of Portugal with a busted hand. Honda team-mates Thomas Oldrati and Nathan Watson both enjoyed solid performances at rounds one and two and will both be looking to challenge for the podium this weekend. Competing in yet another home GP, for Oldrati a top three finish would be a dream result in Carpineti.

Competing as a wild card entrant, former Youth 125cc and Junior World Champion Giacomo Redondi is racing in his home round of the series.

E1 and E2 title battles set to roll on, Jaume Betriu in and Davide Guarneri out in E3
The battle for the Enduro1 podium places is set to be an all-Italian affair this weekend. With current class leader Andrea Verona (GASGAS) the man to beat, Thomas Oldrati (Honda) will be doing all he can to earn his first day win of the season so far. And with Matteo Cavallo (TM) currently third in the E1 standings and wanting to put in a good home GP, it falls on Frenchman Theo Espinasse (Beta) and Belgian Antoine Magain (Sherco) to try and stop an all-Italian top three.

Five points clear at the top of the Enduro2 championship standings is far from enough to allow Wil Ruprecht (TM) to take things easy this weekend. Set to go at it with Josep Garcia in the overall EnduroGP class, the super-fast duo will undoubtedly be the riders to beat in E2. That said, with two EnduroGP events now under his belt following his return to enduro, Nathan Watson will be gunning for both Ruprecht and Garcia. As will former E2 World Champion and home racer Alex Salvini (Husqvarna) and Australian Daniel Milner (Fantic).

One rider that will be missed at the GP of Italy is Davide Guarneri (Fantic) who’s recovering from a recent broken vertebra. Claiming E3 class victory on day two of the GP of Portugal to take to the top of the E3 standings, the Italian hopes to return to racing later in the season. With Guarneri out, Brad Freeman (Beta) will look to get back to his winning ways, while Mikael Persson (Husqvarna) will be aiming for more podium success, as will home rider Matteo Pavoni (TM).

Returning to the series after sitting out the opening two rounds, Spain’s Jaume Betriu (KTM) will hope to immediately challenge for the class win.

Can anyone stop Pichon’s domination of the Junior class?
One of the standout performers at the opening two rounds of the WPTGlobal FIM EnduroGP World Championship came from Sherco’s Zach Pichon. Securing four day wins to sit 20 points clear at the top of the class standings, Pichon is odds on favourite to win in Carpineti as he continues is impressive rookie season.

Second in the standings with four third-place results, Jed Etchells (Fantic) will be pushing hard to secure second place or better results this weekend. Luc Fargier (Beta) and Roni Kytonen (Honda) have both tasted podium success this year and will look to challenge Etchells, and possibly Pichon, at the GP of Italy.

In the Enduro Youth class, Harry Edmondson (Fantic) hasn’t claimed a win since the opening day of the series but holds a comfortable lead in the 125cc class. With Finn Samuli Puhakainen (TM) the winner last time out in Portugal, home rider Kevin Cristino (Fantic) will be the one to watch!

Stay tuned to www.endurogp.com throughout the weekend for championship updates and live results, and to @enduro_gp on Instagram for event story content.