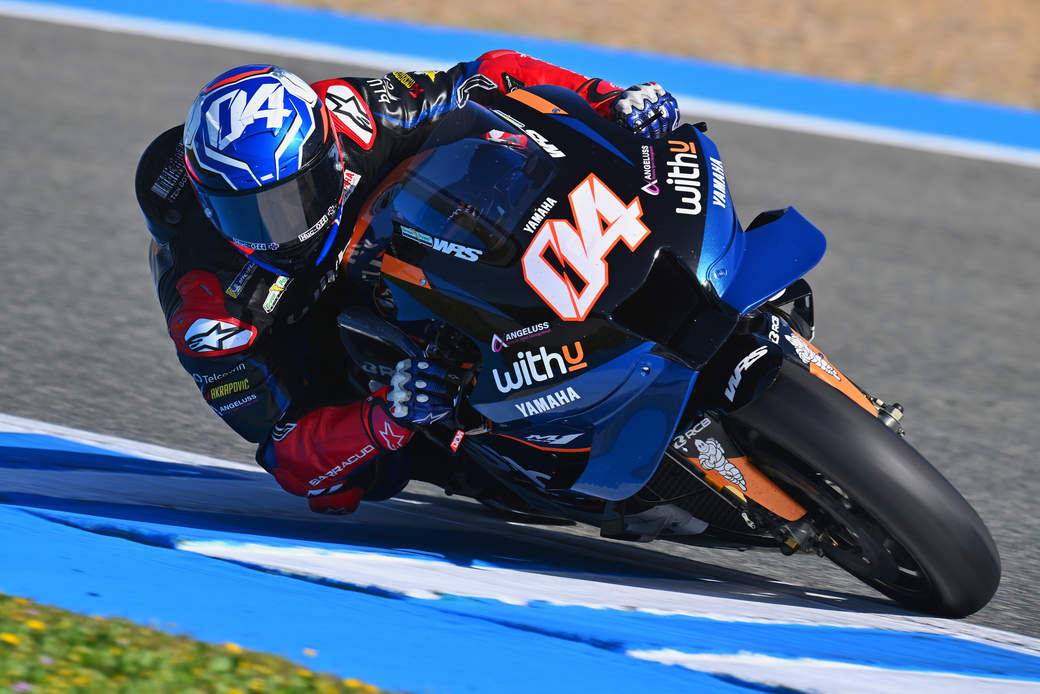 Dovizioso and Yamaha have maintained a warm relationship since he completed a successful season with the Tech3 Yamaha satellite team in 2012, resulting in six third places and fourth place in the final standings. He rejoined Yamaha‘s satellite rider line-up at the 2021 San Marino GP when Franco Morbidelli moved up to the Factory Team.

Dovizioso was originally planning to stay with the WithU Yamaha RNF MotoGP Racing Team for the entire 2022 MotoGP season, riding a factory-spec YZR-M1 and receiving full support from Yamaha Motor Co., Ltd., but recently decided to end his career at his Misano home race.

Yamaha‘s official test rider Cal Crutchlow will be the substitute rider for the WithU Yamaha RNF MotoGP Team for the remaining six races of the 2022 season.

Andrea Dovizioso
"In 2012, the experience with the Iwata manufacturer in MotoGP had been very positive for me and since then I have always thought that, sooner or later, I would have liked to have an official contract with Yamaha. This possibility presented itself, actually in a somewhat daring way, during 2021. I decided to give it a try because I strongly believed in this project and in the possibility of doing well.

Unfortunately, in recent years MotoGP has changed profoundly. The situation is very different since then: I have never feltcomfortable with the bike, and I have not been able to make the most of its potential despite the precious and continuous help from the team and the whole of Yamaha.

The results were negative, but beyond that, I still consider it a very important life experience. When there are so many difficulties, you need to have the ability to manage the situation and your emotions well. We did not reach the desired objectives, but the consultations with the Yamaha technicians and with those of my team have always been positive and constructive, both for them and for me. The relationship remained loyal and professionally interesting even in the most critical moments: it was not so obvious that that would happen.

For all this and for their support, I thank Yamaha, the RNF Racing Team, WithU, and the other sponsors involved in the project. It didn't go as we hoped, but it was right to try. My adventure will end in Misano, but the relationship with all the people involved in this challenge will remain intact forever. Thank you all."