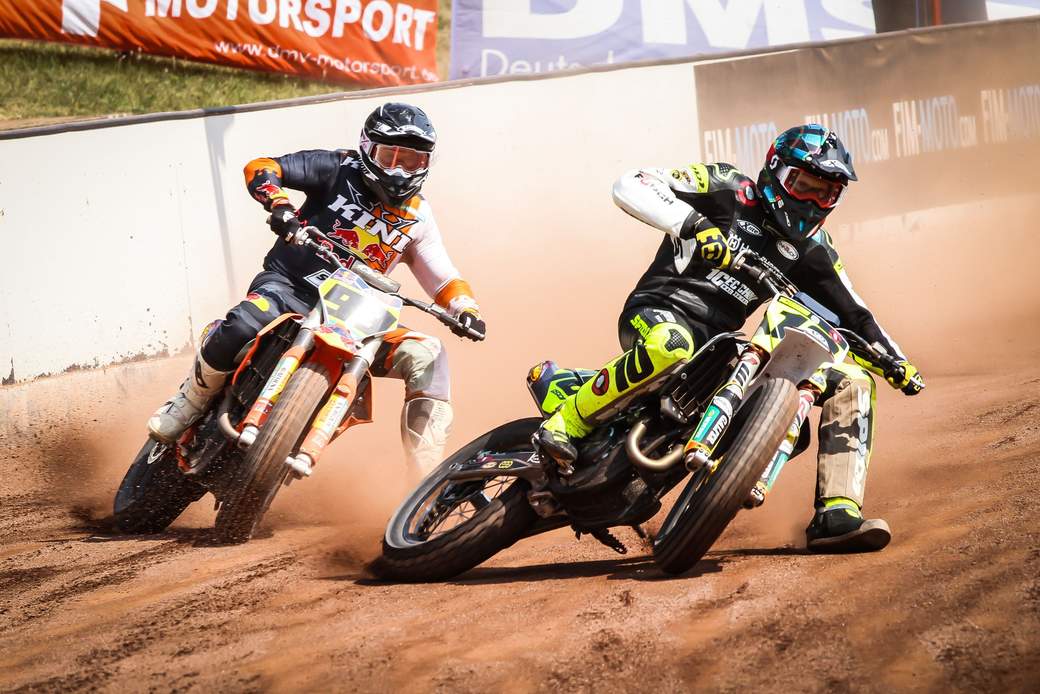 The FIM Flat Track World Championship is set to visit five countries in just thirty-six days for the 2022 series.

For the third time, the title chase will reach its conclusion at Boves in Italy, where the 2021 Championship was settled just over five weeks ago. Riders from no less than eleven countries will take part in the 2022 series who will make return visits to Debrecen for the Hungarian Round and Pardubice for the Czech Round.

The forthcoming quest for medals will open in France on 3rd September, with Morizès making a welcome return to the calendar.  Having made its debut on the FIM Flat Track calendar back in 2014, the 520-metre oval has been unable to host a World Championship Final for the last two seasons as a result of the pandemic, and therefore stages its first event since the 2019 World Cup.

FIM Flat Track is also set for its first visit to Portugal, and to a town well versed in two-wheeled off-road action: Montalegre is already a well-established Supermoto venue.

2020 and 2021 World Champion Lasse Kurvinen will receive his FIM gold medals at the FIM Awards on 04 December 2021, but the Finn plans not to defend the title, so these five Rounds in 2022 will see a new Flat Track Champion crowned: