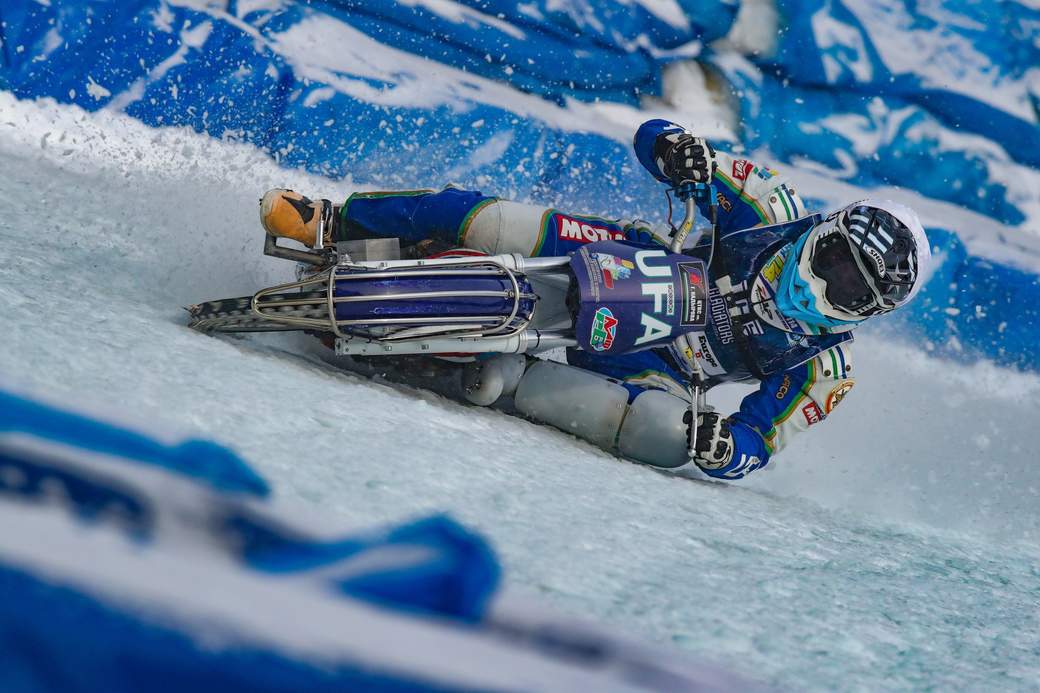 FIM is now able to announce the calendar for the 2022 FIM Ice Speedway World Championship and the selected Wild Cards to compete in the series.

The competition will open in Örnsköldsvik, Sweden in January with the top 8 riders joining the seeded riders and local wild card in the 3 Finals. Unfortunately, Berlin was forced to withdraw its application due to ice problems at the Horst Dohm Stadium and a proposed new track in Khasakstan needs work to both the track and facilities which will not be completed in time for this winter’s series. It is hoped that both venues will be included in the calendar for 2023.

The championship returns to Togliatti in February where MFR will host the opening Final and the riders will meet again in Inzell in March with the final round to be held in the impressive stadium in Heerenveem on 2nd and 3rd April when the 2022 champion will be crowned.

The riders seeded directly to the Finals provide an indicator of the level of competition we can expect. Reigning champion Dinar Valeev will be hoping to add to his gold medal collection but can expect stiff competition from former champions, four times winner Daniil Ivanov and Dmitry Koltakov who was champion in 2017 and 2018. Sweden’s Martin Haarahiltunen has been one of the few westerners to challenge the Russians recently but his progress has been slowed by injury.  He has now confirmed his fitness to ride after successful surgery to his elbow and will return fully fit to take up the challenge again.

Although better known as a Moto 2 and Moto E racer, Jasper Iwema is keen to establish himself on the ice speedway scene. The Dutchman is learning rapidly and his enthusiasm makes him a welcome addition to the sport. Johan Weber is currently the best of the German riders and was fifth in the title race in 2018. The popular and vastly experienced Austrian Franz Zorn is also included as a permanent wild card. His best result in the championship was a silver medal as long ago as 2000 but he also took third place in 2008 and 2009. At 51 he can still mix it with the best of the opposition and will not be a rival to ignore.

Although restricted to only 3 finals this year the championship will be as competitive as ever with enough action to keep riders and fans on their toes.